The yeasts and the bases of the doughs

Natural yeast
Used in the bread making and pastry since ancient times, it’s a combination of spontaneous natural yeasts and bacteria. It renews itself constantly thanks to the continuous supply of refined flours called “refresh”, that we do every three hours, always taking care of the acidity through special devices measuring the PH. With the natural yeast we make bread but, above all, great traditional leavened products, making them soft and preservable for a long time.

Sour dough
It is a method which Pierluigi Roscioli discovered in 1992 in San Francisco, in Boudin bakery, and it was love at first tasting… It isn’t only a natural-spontaneous leavening agent, but a real ingredient that gives to the bread a sour aftertaste which increases its conservation time. The sour dough inhibits indeed, in a natural way, the development of external moulds, also improving the digestibility of the product. Nevertheless, at the same time, it is the most difficult natural yeast to be produced, because it works in an acid (therefore unstable) environment, and it is refreshed only with rough semi-wholewheat flours.

The biga
The doughs using the “biga” are the classical doughs of the Italian tradition. The biga improves the aroma, the consistency and the coloration of bread, and you can use it for all kinds of dough, from the most dried to the most moisturized ones. Its quality depends on the type and purity of the cereal by which it is composed.

…But what is a biga?
Literally, the word indicates the vehicle used by ancient Romans, also for races and battles requiring flexibility and speed: indeed, the biga was light and usually dragged by one or two racehorses. In the dough, the biga maintains his “dragging” power and, having a long period of maturation, it improves the aroma, the preservation, the colour and the taste of the bread, considerably reducing the usage of yeasts (natural or brewer’s yeast).

The brewer’s yeast
It is a natural yeast, although in the last years there has been a lot of discussions on it. The “demonization” of the brewer’s yeast is actually related to its wrong usage and to its concentration in the doughs. In the usual recipes there are about 40/60 gr of brewer’s yeast for 1000 gr of flour: this way, the period of leavening is reduced, but the bread becomes hardly digestible and heavy for the liver. As for us, in a dough of 100 kg of flour (even in the coldest months of the year) we never use more than 100 gr of brewer’s yeast (whereas in the most popular recipes, for the same quantity of flour, the brewer’s yeast required would be from 4 to 6 kg!).

VERY IMPORTANT:
WE DON’T USE ANY KIND OF LEAVENING ENHANCERS

The chemical yeast
Used only for the sweet preparations, it allows the doughs to increase their volume, thanks to its ability to combine itself with water in the mixture.
Then, during the cooking baking, this yeast will become vapor, remaining trapped under the cake’s surface, thus increasing its volume. 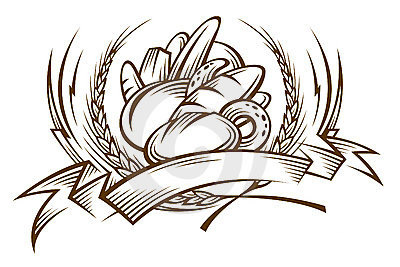